The dust is nearly settled from 21st Century Breakdown. Many people have written about it, critics and die-hards alike. I'm going to avoid that quagmire for the most part, and talk about the past. I feel like the pre-American Idiot days are a kind of "Act I" for the trio. They're more concept and metaphors now, and less... angry.

In the 2000s, GD embarked on a handful of side projects. Some of 21st Century Breakdown sounds a tad like The Network (circa 2003). Some of it may be a cousin to Foxboro Hot Tubs. But, in the past the Green Day stuck with simple lyrics and catchy hooks. I'm finishing with three more quality releases from Billie, Mike and Tre. 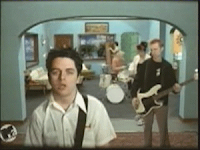 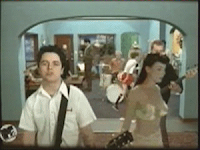 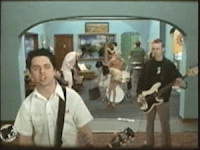 This is one of those cyclical, watch-three-times-to-get-everything vids. Somewhat of a weak single from the band, but the artistic merit of the visual side definitely jibes.

Another great concept that only a group like Green Day could pull off without people scoffing. Really hilarious how many anti-common sense nuggets they fit into this 3-minute clip. From staring directly into the sun, to eating raw chicken to taking candy from a earring-wearing creepy stranger... you would think they would have reached the bottom of the barrel, but the fooleries keep coming. 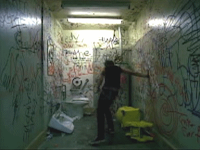 "Jesus" is a great track, and an integral piece to the Idiot rock opera. Clocking in at over 9 minutes, it is for sure this punk act's longest video. And, the actors in this video just seem so genuine. The band is barely in this one, which is somewhat of a departure. It's as if the St. Jimmy saga actually happened to these kids. Enjoy the three-act-long song!