I think what gives Puff Daddy's credibility guise away is his constant need for a new stage name. Endlessly searching for "the cool", he never realizes that the first nickname was what he should have stuck with all along (Sean "Puffy" Combs). What's more, many people don't grasp that most of Diddy's best songs are actually Notorious BIG hits featuring him (and probably also featuring Mase). So, his after-Biggie life has been all about emerging as a separate entity.

Have you seen Bad Boys II? Diddy was trying to sell "Shake Ya Tailfeather" so hard that, as "Executive Music Producer", he played it every possible time he could in the flick. My friends and I based a drinking game on this sobering display of triteness.

OK, to the music video:

With lyrics like "get your math on", "hot for a long time/burning like a candle"; and bragging about going platinum, you know that "Victory" is pop-rap. It's like the Cristal that Puffy is so fond of--bubbly, expensive and not really filling.

It's a basic "Most Dangerous Game"/Running Man take-off. Lots of helicopters, fireballs, rain machines, searchlights, rollerblading cops and supermodels and are employed. It somewhat resembles the directing style of David Fincher. Let's look at a few video stills: 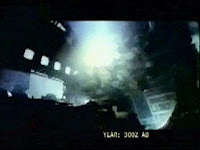 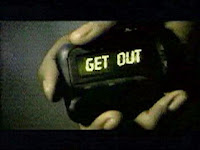 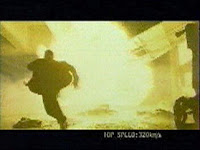 Wait a minute... Year 3002 A.D., and he has a pager? His top speed 320 km PER SECOND??? That's roughly 715 mph... Obviously, the producers were not that worried about the details and the metric system. If they invested more in the little things, and less on Danny DeVito and Dennis Hopper, who knows. 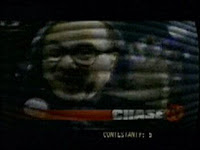 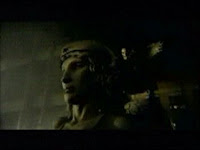 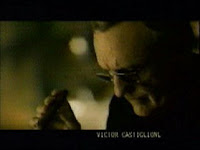 The late Notorious BIG fills in the creative gaps, dominating PD's rhymes posthumously (for the nth time). Even Busta Rhymes makes Puffy sound lazy. When the NWO President (Dennis Hopper) says "delete" (maybe that's how they say it in the year 3002?), I think that just sums up the quality of the video's script. 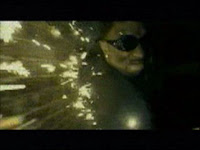 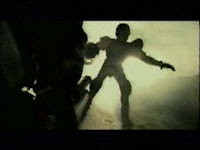 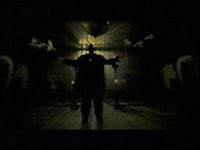 The lamest part of the video is the apparent suicide of "Contestant #5". The animation of him jumping off the building is just laughable. It reminds me of the Joker's death in Tim Burton's Batman... the same CGI used 10 years later. Why not spend another $30k on some better effects; make it an even 3 million dollar budget? 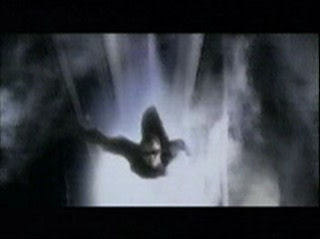 When this video debuted, there was no (living) black artist as high profile as Puff Daddy. With Biggie's death, he catapulted into the mainstream, with the help of MTV. The video for "Victory" is Puff Daddy's parallel of "Estranged" by Guns N' Roses: it marks the pinnacle of overindulgence and the waning of popularity. Maybe Diddy's next album will be analogous to Chinese Democracy. "Estranged" is a classic... is "Victory"? 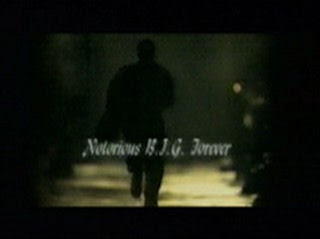 "She Drives Me Crazy" -- a music video retrospective

[Update: the animated GIF files are not working, so they are accessible within the text links now.]

Researching music videos is rough. I have to glean what information from memory I can, and usually rely on un-cited, obsolete websites to help reinforce those nuggets. If there was a textbook about terrible music videos, I would buy it without a second thought. So, allow me to elucidate on a bit of history...

With an album title like the Raw and the Cooked, you've got to just know that some record executive controlled everything from the get-go. It must have taken 5 guys in a room about 10 minutes to pick out that album title. And, I bet there was at least one convertible blasting this music in the IRS Records parking lot. Just look at the guitarists... would they have anything to do with Roland Gift if not for money? 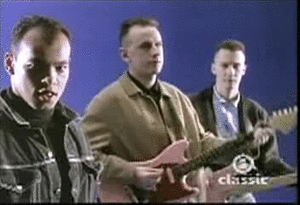 From what I can gather, "She Drives Me Crazy" had two videos for the two target markets (America and everyone else). They have the same director, just edited differently and missing some respective shots. It's really a mish-mash, non-concept video with dance-offs. Two dancers (one black, one white... yellow) are competing against each other, in a race war of sorts. Another dancer looks like a gypsy with pillows strapped to her. I need to also mention the guitarists dance, too. Watching them makes me look like Chris Brown's protege! 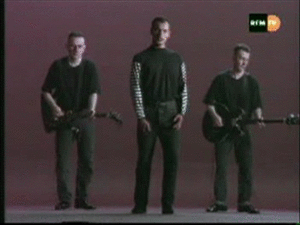 The American one is missing a great image that really make the video a tad more enjoyable. I don't know what's un-American about the scene, but anyway. A glass bottle is smashed on the lead singer's head in fast-motion, between verses. The speed-up, slow-down thing is pretty much the best of the special effects. The international version of the video cuts a clip as well: a waiter with platter full of glassware, keeping balance while falling over.


Maybe the most famous scene is the TV Man. The igniting guitar is also eye-catching. 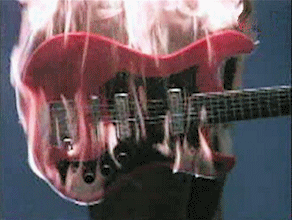 Surprisingly, neither of the videos are available via MTV, AOL or Yahoo. Look them up on YouTube, because as far as I can tell, there is no DVD flaunting the mystique of FYC. 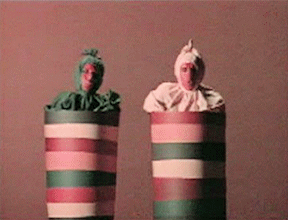